Walking with the Dead

Allegiance …. loyalty or commitment to a superior or to a group or cause

Allegiance – The Movie is a documentary film that tells the story of 4 individuals who became Christians and turned their backs on their contact with and rituals for the so-called “dead”.  Punctuated with re-enactments and commentary, we desire to tell their stories and struggles as a tool to reach thousands of people across South Africa with the biblical perspective on the issue but also with a message of hope , which we believe is bound up with the Gospel message itself, as found in Scripture.

The four individuals in the documentary film are from different backgrounds.

Munyuradzi Mujuru is a Shona from Zimbabwe, Karabo Lotsholo is Tswana, Hamilton Buthelezi is Zulu and Jean is a white english speaking South African.  As Jean has gone to minister among refugees in the near east, her name and identity have been kept secret. 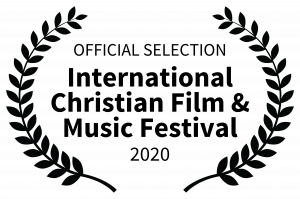 Four individual lives ..... four different stories ..... with whom is their allegiance? 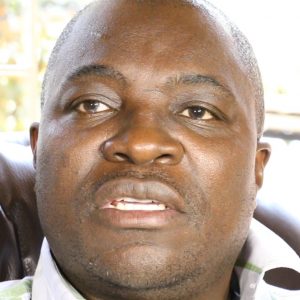 Munyuradzi Mujuru is a Shona who grew up in and around Harare in Zimbabwe. He has Batchelors, Masters and PhD in Chemistry. He currently is a lecturer at the University of Limpopo. Mujuru's family has been deeply entrenched in ancestral traditions. His family is also well known for its connection to the instrument called 'Mbira' (African Piano) which can be played either for ancestral ceremonies or in a popular style with no connection to ancestors. His father, uncles and aunts were mediums who would be channels through which the spirits would manifest. This story explains his background and how he gave his life radically to Jesus while at boarding school and the grace and strength he received from the Lord to remain true to Him.

Mujuru is played by Mthandeni Dlamini, Sabelo Dlamini and Mesuli Mhlongo. Mthandeni and Sabelo are brothers and, at time of filming, were students at Inkanyezi Yesizwe Combined School in the rural area, Alpha Village, near Vryheid, in Northern KwaZulu Natal. Mesuli Mhlongo is currently working in pharmaceutical research and is also from a rural area outside Vryheid. This is his acting debut. 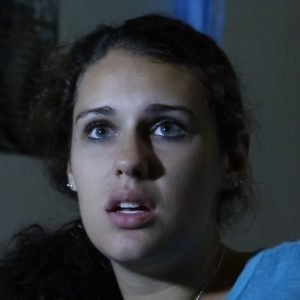 Jean's actual name and identity has been concealed for security reasons. She has gone to minister with refugees in the Near East. This recent move is a testimony to the Lord's hand on her life. Coming from a childhood where she was continually fearful of her father, she reached out for help to the spiritual world where she believed she was in contact with spirit guides and spirits of the dead. She got deeper into the occult until she came to experience the power and the peace of God to which she was drawn at a time when she fought tooth and nail against the idea of becoming a Christian. It was in the knowledge of God's great power and love for her that she bowed her knee to Him and it was in the abandonment of herself and her focus on Jesus that she found her freedom from fear.

Jean is played by Lindy Els and Nicole Els. Lindy and Nicole are sisters. At time of filming, Lindy was at a primary school in Vryheid and Nicole was studying a Batchelor of Social Work at the University of Pretoria. Now she is a social worker. This is their acting debut. 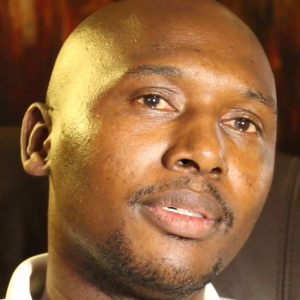 Karabo Lotsholo became a born again Christian about 6-7 years ago. He grew up in a Tswana family outside Pretoria in a township called Ga-Rankuwa. Raised single-handedly by his mother he was raised to follow ancestral traditions. After a great emotional conflict of seeing the failings of ancestral traditions he became convinced that Jesus is the only way to God while working at BMW Rosslyn, where he still works today.

Karabo is played by himself. This is Karabo's acting debut. 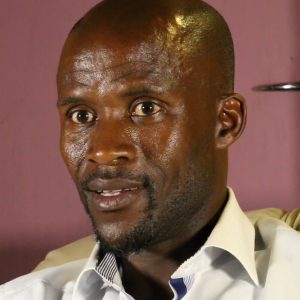 Hamilton Buthelezi is a Zulu who was raised outside Jozini in KwaZulu Natal. His grandmother was a sangoma and his grandfather and father were Inyangas. Hamilton felt sure he was destined to become a sangoma. All the signs were there and he showed amazing aptitude in ancestral things. He would even dream of things before they happened. Deeply entrenched in ancestral beliefs, Hamilton was challenged by a dream that was to change the whole course and direction of his life. Today Hamilton pastors the Swedish Evangelical Church in Louwsburg, KwaZulu Natal.

Hamilton is played by Banele Mavuso and Mthobisi Buthelezi. At time of filming, Banele was a student at Inkanezi Yesizwe Combined School and Mthobisi was working part time and seeking full time work opportunities. This is their acting debut.

What People Are Saying

Want to see what people are saying about the movie ..... below are some testimonials and reviews that we have received 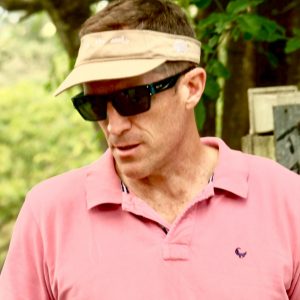 Allegiance reveals the daily struggle with Satan's power as few have experienced it. Watching this film made me realise how real and tangible these forces are. As a westener, I have been largely oblivious to the reality of this - of how physical and real temptation is in our lives, let alone our allegiance to anything other than Jesus Christ.

Temptation may be seen as a weakness of the flesh, but now I see it as a spiritual attack. Allegiance to God means that this battle is won, and the closer we draw to Him, the closer we get to victory over the evil one. 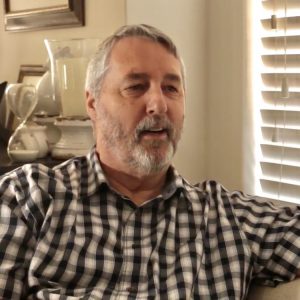 I found Allegiance to be a captivating documentary with a very timely biblical message of hope in Jesus for people ensnared in dangerous occultic deceptions. The film focuses on both ancestor worship and Satanism using real-life and heartfelt testimonies of four Christians who escaped their demonically-inspired spiritual, mental, emotional and physical bondages.

The stories are real-life and show that the journey to truth and freedom in Jesus alone is not always easy - but the eventual spiritual fruit of love, joy and peace, etc. is truly wonderful to see. The enactment of the four stories was cleverly directed and kept me engrossed from start to finish as Satan's lies were being demolished and biblical truths were being gradually but powerfully revealed.

I shed tears of joy as I saw those in bondage eventually finding their spiritual freedom through faith in Jesus Christ and the truth of God’s written word.

I would highly recommend this movie for all local churches as an excellent and easily understandable teaching tool for leaders, congregants and community outreach. 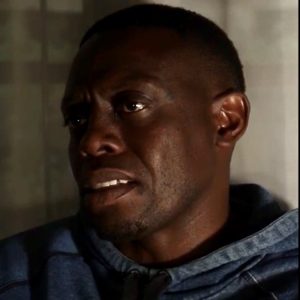 "This documentary is an important visual tool for anyone ministering to people coming from an ancestral worship background. The individual testimonies provide insight into the African culture as well as its endemic belief systems. The documentary also answers the important question of who or what is actually being worshiped during ancestral worship rituals. Salvador and his team have put together a visually impressive and well-edited piece that should be part of the collections of those involved in missionary work in African communities." 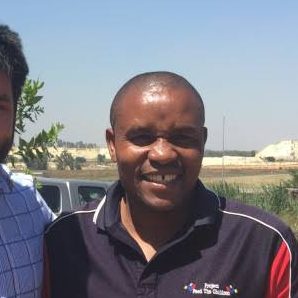 Pastor of "The Way, The Truth And The Life Ministries."

"For me, Pastor Dumisani Madi, in Benoni I thanks the Lord for the new film which is more educational about amadlozi, it is more clearer than the other films I have watched because, I believe it has come at the right time where we are in need of it in the whole world. May our Living God bless each and everyone who has been used by the Lord behind this great work." 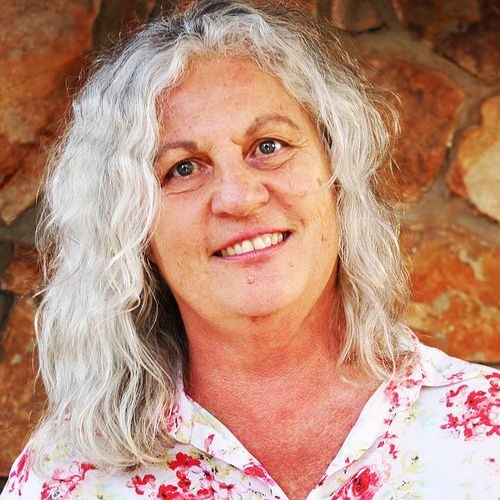 "A truly compassionate portrayal of the complexities of family and religious life; and in choosing to follow Christ, the very real cost the person pays through the rejection they experience from close family members and the need to be completely reliant on their newfound Saviour. A particular focus on ancestor worship has a general application to all cultures trapped in slavery to false gods, wearing on their bodies the talisman of their false beliefs. I pray that many people will come to know freedom in Christ as they consider the message in this film and the Gospel it points to. He whom the Son sets free is free indeed. Galatians 5:1 and John 8:36." 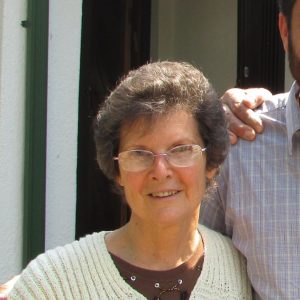 Attendee of Screening in Secunda

We had the privilege of viewing the above movie, and with all honesty I can say that we need to see it for a number of reasons that will probably differ from individual to individual according to your knowledge of both African and European cultures. It has changed my understanding of the African culture tremendously.

The testimonies of these four people are a very powerful witness of the saving and delivering power of our Lord Jesus Christ out of the kingdom of darkness into His kingdom of light and truth, and the Holy Spirit continues with His sanctifying work in their lives to equip them for service in our Lord Jesus' Kingdom.

The struggle will always be there but your strength lies in abiding and trusting in our Lord Jesus who has promised never to leave you nor forsake you, and He will complete the good work He began in you. Their story is an encouragement to press on despite persecution and rejection by your family and friends which is temporary, whereas your reward is eternal.

It is my sincere prayer that this movie will be an instrument in God's hands to set many captives free from this world of darkness which is getting very dark, and the time for salvation is now. May our Lord bless all who had a share in making this movie

If you would like more information about the documentary film or would like to arrange a screening in your area, then please complete the form below providing information on the proposed date, town and venue information, and someone from the mission will get back to you.

Comments, questions and reviews are welcome!

Give us a ring